First devblog of 2017 … almost half of the year … many things happened and we are going to talk about everything. First Cannons Warfare that has undergone several important changes becoming the game I was looking for at the beginning and that was slowly taking shape.

Among the main changes is the new movement mechanics which adds a new layer of difficulty and strategy to the game. New functions to share images of the games and a new balance in the points to won in each and achieving a better balance when unlocking the new guns.

Another new feature is the integration with Google Play services adding in this way achievements and the possibility of gaining experience through them this also establishes the basis for our next update which will have a ranking of the best players. One of the biggest changes has been the interface which has changed completely improving aesthetics and functionality.

Finally at last our game has its presentation trailer a video that quickly shows the best of our game and finally we are present in slidedb a great opportunity to delve into the content of our game. 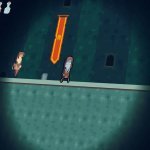 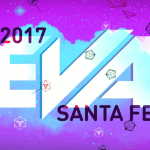 EXPRESS NEWS 03 – Talks-Expos and much moreNews